I wanted to take this opportunity and drop you a letter to see how you were doing and to ask you some questions.

It sure has been rough the past few months and years.  2020 sure was a year to remember, or as some would say, forget.  The events of the year sure have a lot of people questioning their current situation.

Who would have thought that the term “Quiet Quitting” would even be a thing?

But it is.  And if you are like so many others that visit my site or email me on a daily and weekly basis, you dream of something better and are not quite sure how to get there.

I was in your same shoes at one point.  Well maybe not exactly, but I can share with you a bit of my story and you will see what I mean.

I was at one point in a job that I didn’t love working for a company with a clueless board of directors.  This was shortly after working for a high growth company that went from boom to bust in less than a year, through no fault of my own or that of the employees.  It was supposed to go public and it ended up going bankrupt, right before our eyes.

I was working crazy hours and at the time had two children in middle school and high school.  I was working so much that I was missing out on seeing them grow up.  Juggling work and concerts, recitals, sports, meals, life.  I was burning the candle at both ends and it was beginning to show in my health.

I was burned out and it was showing in my relationship and my general well being.

I was not in control of my life.  Mainly, my work life.

Working for others really was not for me.  I knew it, I just didn’t know what to do about it.

Sounds familiar?  I thought so.

When I now talk to or email people that are in a similar situation, I ask them some key questions.

Is your current working situation going to allow you to reach your financial goals?

If nothing changes in your current work situation, are you going to be able to take the time off to do the things that you want to do?

For me and most of the people I talk with the answers are NO and NO.

The level of frustration has become so heavy that it has really turned inward and in many cases is manifesting itself as resignation and depression.

People are tired.  Some are bordering on being hopeless.  Others know that they are positions that are not letting themselves shine.

Many want to run their own business, but are unsure how to go about it.

They are also being bombarded with opinions from others.  And from the sounds of it, most of it is not positive.  “Well that is just the way it is.”  “You have to put in your time and work for the system.”  This advise sound more like it is coming from a prison warden and not from people trying to help.

And deep down, you know there has to be something more.  You know you are capable of running your own business and taking control of your career.

It is at this point that your well meaning relative or neighbor or friend brings up the latest system that they are trying.  You know the ones, where you host parties to sell cooking utensils or lingerie.  With a minimal investment, you can be your own boss, they say.   And all you can think is great, one more thing to add to my schedule and you also think, how did that work out for that basket company that went out of business.

There has to be something more…

People ask me, what changed for me.  What allowed me to change the answer to both of those questions from no’s to YES and YES?

After the company I poured my soul into went belly up, I turned to consulting.  I lived in Virginia, yet my workplace was in Long Island, NY.  So I found myself on a plane every Monday morning and Friday afternoon.

When you fly, you have a little time to think.  And I like to sit in the window seat and look out at the land below.

One thing I kept noticing, especially in the Virginia area at that time.  Roofs were popping up everywhere.  Houses were being built.

You ever see something going on and wonder, how do I get in on that?

That is what went through my mind.  I wonder if working in real estate would be worth considering?  I mean, what am I going to do when this contract is done?  I knew I could get another contract in New York City, but that would be stepping off of one treadmill just to get on a different hamster wheel.

Something had to change.

Have you dreamed of one day working in the real estate industry?

Are you unsure what it would take to make your dream a reality?

I had known a couple of Realtors over the years and they all seemed to be doing pretty well, at least from the appearances.  Nice cars, nice clothes, etc.  But then I thought about it more.  They were ALWAYS at the kids’ events.   Without fail.   Heck, one of them even had enough money to sponsor the uniforms for one year.

I decided to inquire about becoming a real estate agent.  I saw an ad in the paper.  (Yes, I am dating myself and showing my experience level by mentioning a newspaper ad, but stick with me.)   I responded to the ad, set up an appointment with a regional real estate company that held a real estate school in its offices.  On the surface it all sounded so good, but it was only later that I realized that I was making so many mistakes as I got into the real estate industry.

Man I wish that I had a mentor working with me, looking out for me from the moment that I first decided to even inquire about being a real estate agent.  I wrote more about that here.

Despite not having a mentor or coach initially, I was successful in real estate.  But it was more difficult than it should have been.

If I can save just one of you from making the mistakes that I made when I got started that cost me, then you reading this letter and taking action will be worth it.

That is why I now focus so much of my time and efforts on mentoring, guiding and coaching the future millionaire real estate agents.

Now, I can also hear you asking the following or something like it. “Is now really a good time to get into real estate?”

You have seen the reporting like I have.  Mortgage rates are up.  Home sales are down.  And yes, compared to the once in a generational, red hot market of 2021 they are.

This is where my experience comes into play.  It allows me the perspective to share with you the bigger picture.  So here I go.

Mortgage rates are lower than when I got into the real estate market in 2001.  They are also still lower than the average interest rates for the entire period between 2001 and 2022.  You may be too young to remember, but at one point in our countries history, interest rates were 18%.  And guess what.  People were still buying and selling homes. Agents were helping the buyers and seller and collecting commissions.

My mindset and attitude towards the number of homes being sold has served me well over the years.  It is this.  I don’t care how many homes are sold nationally or even in my state or locality or if it is more or less than the previous period.  My focus is on selling the number of homes that I need to sell to reach my goals.  As long as I keep my focus on my business of helping buyers, sellers and investors, the rest takes care of itself.  I consistently sold more homes in “down years” than others because of this focus.

Isn’t it time to stop dreaming about taking control of your career?

If you answered yes to that question, then I have some additional information for you to help you with your journey.

Being in the real estate industry as an agent has helped me fund the life of my dreams.   But it was never just about the money.  It was about the freedom and control that I finally gained over my life that was the most satisfying aspect of my life.

I would love to show you how.   That is why I created this mentorship program.  And I would love for you to be a part of it.

Find out about our free online mentorship program

I look forward to working with you. 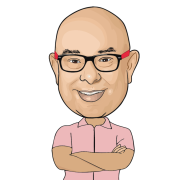 Read more about this author