If you are here you then must be wondering about what is Sotheby’s commission split for agents. Well to save your precious time, I’m going to give you a short answer below.

Keep reading to know more about the commission split at Sotheby in detail. Let’s start with an overview and history of Sotheby’s.

What is Sotheby’s? How did it get started?

Sotheby’s is a well-known worldwide luxury real estate brand. The brokerages here are mainly focused on the higher end market, which generate potentially fewer sales, yet greater per property commissions. Starting from equestrian estates to picturesque mountain houses, Sotheby’s has developed this reputation for luxury homes, although other brokerages like Keller Williams and RE/MAX have strong luxury divisions and agents as well.

They treat the agents with top-notch hospitality. Interestingly, Sotheby’s was originally established in 1744. At first, it was an auction house. But it later on in 1976 became a Real Estate Company. It leveled up its game and started going worldwide in 2004. Ever since this brand has been growing globally. The reputation of the auction house has been used by the real estate company to position its brand, although there is not a lot of difference in marketing of properties as compared to other luxury agents and brands.

In 2008, the brand became the winner of the Best Real Estate Franchisee Satisfaction award. In the same year, high net worth consumers rated Sotheby’s as the most prestigious real estate in luxury. This lead to the other brokerages getting into the luxury market over the past decade.

Now since you got an idea about what Sotheby’s is, let’s talk about the commission split.

What is the commission split?

Some cities provide a much higher commission split than the others. Moreover, each office is operated independently. However, from anecdotal sources, it has been known that the usual commission split is 70/30. Meaning that the agent gets 70% and the office gets 30% of the commission.

Although Sotheby’s follows a traditional style, it does have a cap system. Just like the commission split, the caps are different from independent offices. However, from reviews of the employees, I got to know that at most offices, the cap threshold is between $18000 and $30,000. This means that you are adjusted to a lower fee structure or charges once you have met your threshold, yet unlike other true CAP systems, like you would find at Keller Williams, you will continue to pay on a per transaction basis, just not based on a percentage of the commission earned.

Since the offices work independently, the company doesn’t give out training on their own. Unfortunately, Sotheby’s doesn’t have the best reputation as having a good corporate driven training program. Some offices, however, do provide better training opportunities to the agents.

The agents are expected to be professional and excellent to live up to the Sotheby’s brand, but this very from location to location, just like the commission splits and training.

But this is not the same for every office. In case of some offices, the agents are given guidance and proper mentorship. They are trained properly too. Since the offices are operated independently, it is hard to give a general overview regarding training program.

Other finances and benefits

Luxury brands are not for everyone. If you are a new agent, just getting started in the business, the monetary outlay may be greater than the commission you are sharing because you might find yourself trying to keep up with the other established agents in the office that focus on the luxury marketplace and fell left out if you are only attracting lower end business.

Like any real estate company, you need to be a self-motivator and self-starter, looking for your own business. The brand name will only do so much to help you get business. And if the company is advertising it’s brand and spending money to generate business, they are not likely to entrust those inquires to you as a newer agent.

The brand is known globally and so the opportunities for getting more customers are better compared to the newer or virtual based real estate brands.

Hopefully, by reading the article so far, you at least got an answer to your question “What is Sotheby’s Commission Split for Agents?” clearly without any confusion. In a nutshell, Sotheby’s Realty does not have a fixed usual commission split. The reason for this is each office under Sotheby’s brand is operated individually. This makes the commission split independent on the basis of the location of these offices.

Although it may seem hard to understand at first, it causes you to have to negotiate your commission split or seek out a company that has a consistent and published commission split policy. The ultimate decision is yours. This topic is so important that I created a video to show you how to get started in real estate and the questions you need to ask a broker before you get signed up. After watching the video, you might have a different take on the Sotheby’s commission split.

link to 77 Realtor Blog Topic Ideas - How to Dominate Online

With the growth of technology and digital media, real estate agents need to innovate how they reach leads online. While you might think to immediately launch a paid social media campaign, creating a...

Realtor Ethics Violation: Here is All You Need to be Familiar with About the Realtor Code of Ethics Ethics are moral codes that control human behaviors while performing any task... 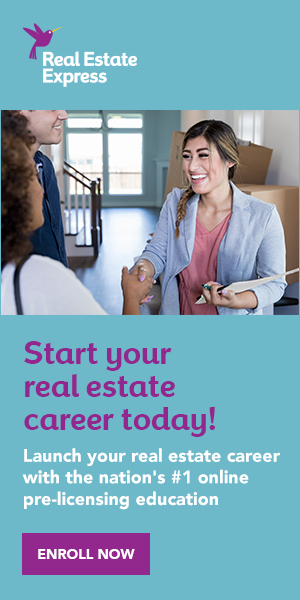